Spring Break in the Galápagos

As the final element of Evolution, Caltech's new Bi/Ge 105 course, a dozen students spent their spring break snorkeling with penguins and sharks, hiking a volcano, and otherwise taking in the natural laboratory for evolution that is the Galápagos Islands. The second-term course was created and is taught by Rob Phillips, the Fred and Nancy Morris Professor of Biophysics and Biology, and Victoria Orphan, professor of geobiology, and is designed to give students both a broad picture of evolution and a chance to make their own up-close-and-personal observations.

"Rob and I both feel very strongly that lab and field experiences are essential for the growth of the students as scientists," Orphan says. "Being at a place like Caltech that's small and where you have a lot of talented and enthusiastic students is the perfect environment to create those kinds of opportunities."

So with their trusty mascot—a bobblehead Darwin—in tow, the undergraduate students, their teaching assistant, and the two professors flew to Ecuador and then to the archipelago off the coast to spend a week living as field researchers and learning from Ecuadorian naturalist Ernesto Vaca and from their natural surroundings.

"The Galápagos are completely iconic," says Phillips. "Right before your eyes you can see the products of evolution, if you like. You can swim in the water with the flightless cormorants. The famed Darwin's finches are there. You can wonder what penguins are doing at the equator. What especially impresses me about seeing species such as the cormorants is the way they teach us about some of the most important evolutionary features seen on islands, such as dwarfism, gigantism, and flightlessness."

During the trip, each student made a presentation to the group, discussing a species or topic specific to the islands. One spoke about the Galápagos fur seal; another presented about the opuntia, a variety of cactus; another about marine iguanas. Senior bioengineering major Laura Santoso spoke about invasive species on the island. She says that although she had researched the subject extensively ahead of time, she saw things differently once she was actually in the Galápagos. For example, she had read that a particular invasive insect had been essentially eradicated from the islands, but while there she actually saw a number of the bugs. "It drove home how challenging it is to get rid of these invasive species," she says. "I find that observing the complexity of the issue in person and developing my own inferences makes it more meaningful."

Junior bioengineering major Aleena Patel agrees, adding that the trip suggested new ways to ask questions, to study, and to explore. "Being there in person piques curiosity in ways that other facets of learning don't," she says. "At times, there was so much to see it was almost overwhelming. But as scientists, we need that inspiration to ask questions and to be emotionally motivated."

That is just the kind of motivation Phillips and Orphan hoped to impart. "My view is that the most important point is to get students to plug into the idea of looking at nature and wondering, 'Why is that like that? How could science attack that question?' It's not so much a course about learning what is," says Phillips. "It's a course about saying, 'I wonder . . .'"

In addition to the Galápagos trip, the class took smaller day trips closer to campus during the winter term. On a special behind-the-scenes tour of the Page Museum at the La Brea Tar Pits, they were able to collect samples from one of the current excavations in order to study the microbes that make a living in such a unique environment. They also visited the Moore Lab of Zoology at Occidental College, where they used calipers to measure beaks in one of the world's largest collections of Mexican birds. The goal of the exercise was to get a feel for the kinds of measurements that biologists have conducted on finches on Daphne Major, one of the islands of the Galápagos, to study evolution in action.

The new class was supported by Caltech's Innovation in Education Fund, the Division of Geological and Planetary Sciences, and the Division of Biology and Biological Engineering through its William K. Bowes Jr. Leadership fund. As for why its focus was evolution, Orphan explains, "Evolution is of course integral to anyone doing biology. But when you start to look around, you find that evolution has its tendrils in a lot of different areas of research beyond biological research—even in computer science. We wanted to give the students that perspective, that even if they weren't going to be evolutionary biologists, per se, that the concepts and the way of perceiving the world in this class were going to help them." 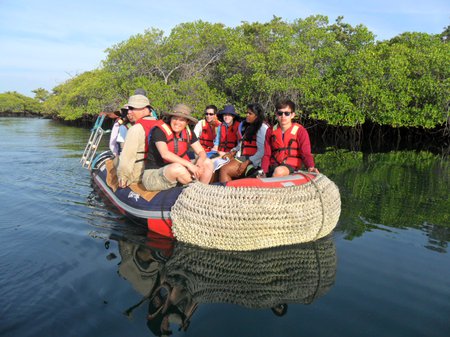 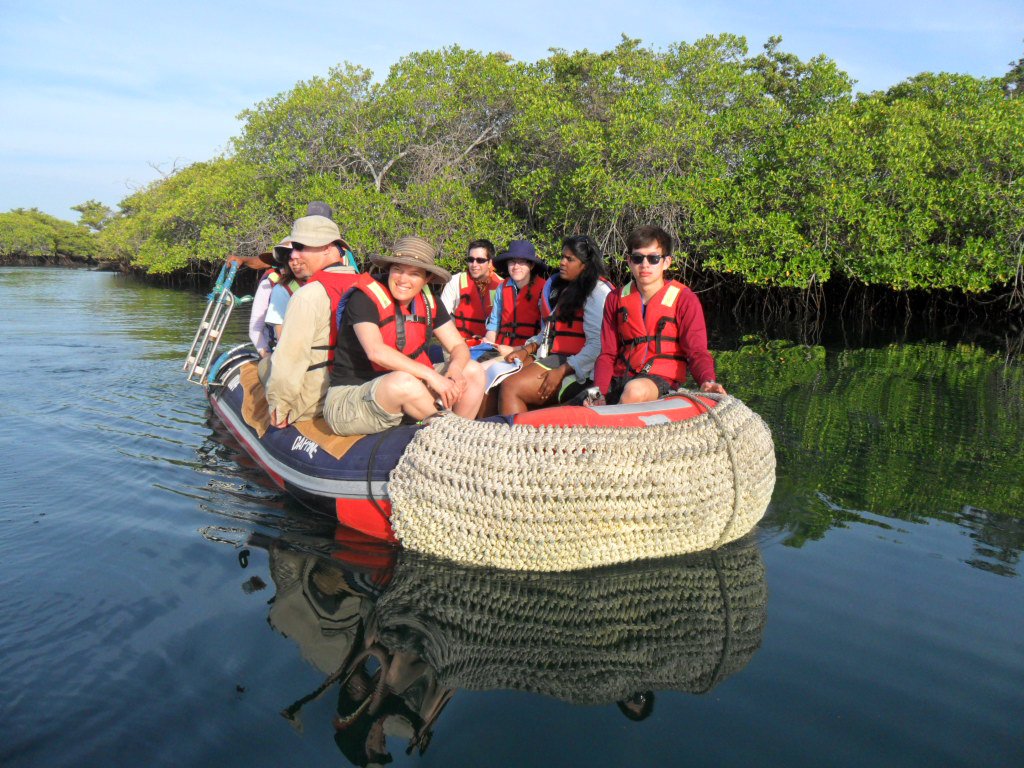